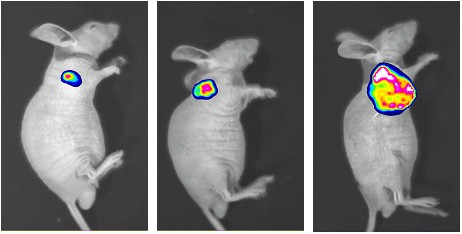 Figure 11-1 Long-term detection of tumors, the left image is 7 days, 14 days, 30 days of imaging. From the Chinese Academy of Military Medical Sciences
2. Drug research
In terms of pharmacodynamic evaluation, the luciferase cancer model can be used for cancer in vivo for long-term efficacy tracking at the overall animal level. The detection of cancer cell growth using atraumatic in vivo imaging provides real-time observation and assessment of changes in cancer cells before and during cancer treatment. This approach provides a good pre-diagnostic approach to cancer cell response and recurrence assessment. The method of in vivo imaging has higher sensitivity than the conventional technique, and when the tumor block cannot be detected by the conventional method, a strong signal can be detected by the technique. Since this technique only detects living cells, it cannot detect cells that have already undergone apoptosis. However, traditional methods cannot distinguish between normal cells and apoptotic cells, so this technique can detect the efficacy of drugs earlier and more sensitively than conventional techniques.
Using the characteristics of high sensitivity and convenient observation of in vivo imaging technology, in the preclinical study of antitumor drugs, the optimal administration of antitumor drugs can be observed by administering different doses of mice inoculated with tumors, different administration time and different administration routes. Route, dose, and time of administration to establish the appropriate dosage form and time of administration.
In terms of drug metabolism, genes related to drug metabolism, such as CYP3A4, are examined to study the effects of different drugs on the expression of the gene, so that the metabolism of related drugs in the body can be indirectly known.
In pharmacy research, the distribution of the drug carrier to the internal organs and the body can be observed by directly loading the plasmid of the luciferase reporter gene into the drug carrier (Fig. 11-2). In pharmacology, it is also possible to observe the pathway of drug action through the application of transgenic mice, label a certain gene of interest with a luciferase gene, and observe the pathway of drug action. 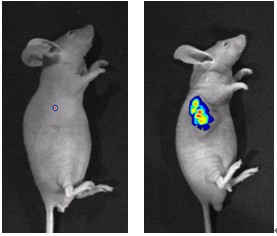 Figure 11-3 on the left is 1w fluorescence imaging after inoculation, and the right picture is 3w fluorescence imaging (for the Shanghai Cancer Institute)
(2) Quantum dot labeled cell line
Tumor cells can be labeled by quantum dots, and MDA-MB-231 breast cancer cells are labeled with quantum dot QtrackerÂ® 705, and their growth and changes are observed dynamically after subcutaneous inoculation (Fig. 11-4). The excitation light has a wavelength of 625 nm and the scattered light has a wavelength of 680 nm.

Figure 11-4 Quantum dot-labeled tumor cells at different time for fluorescence imaging
2. antibody
One end of the molecular probe is linked to a molecular structure (such as a peptide, an enzyme substrate, a ligand, etc.) capable of binding to a specific target in the living body, and the other end is a fluorescent dye. The distribution of liver, kidney, etc. was observed by in vivo metabolism experiments of Cy5.5-labeled antibodies (Fig. 11-5). 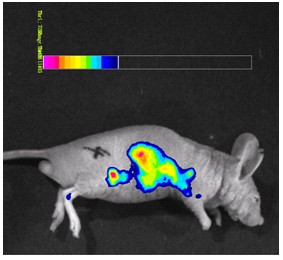 Figure 11-5 In vivo metabolism of Cy5.5-labeled antibodies ( photo courtesy of Shanghai Cancer Institute)
3. Pharmaceutical research
Fluorescence imaging has great advantages in pharmaceutical preparation research, especially drug targeting research, and drug carrier research. Experts are designing to label small molecule drugs with appropriate fluorescent dyes to observe the specific distribution and metabolism of drugs in animals, especially in traditional Chinese medicine research.
Using a transilluminator to excite the light source from the bottom of the sample can increase the sensitivity and depth of detection of live fluorescence imaging. Figure 11-6 shows the therapeutic effect of a drug that treats Alzheimer's disease using NIR fluorescent dye-labeled amylase. The exposure time is only 200 ms, the excitation wavelength is 680 nm, and the scattered light wavelength is 720 nm.

Other related devices which may be stored in operation room like ECG Machine , Patient monitoring, Disposable Gynecological Examination, Fetal Doppler will be found in the category of Yingmed Medical Instruments .